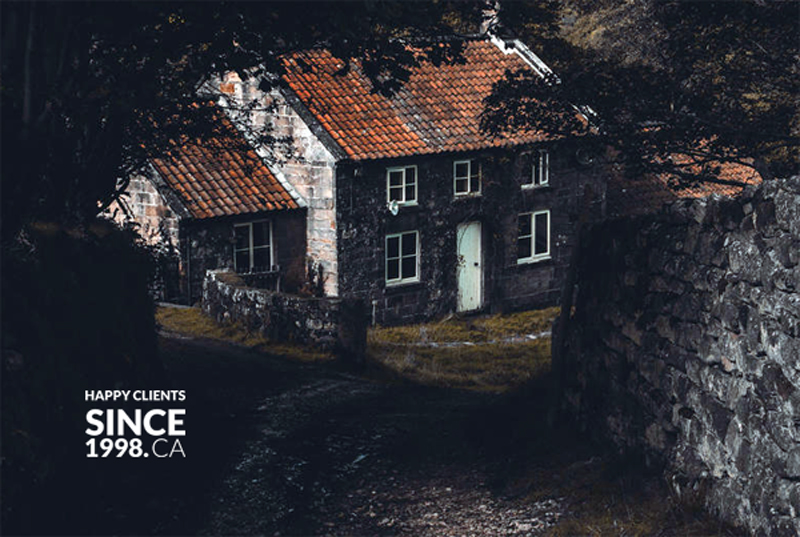 Remember that famous creepy house that went on sale in 2017? The severely run-down two-storey row house in Toronto’s highly coveted Trinity-Bellwoods neighbourhood sat on the market for over 100 days, eventually selling $74,000 under asking at $675,000.Social media, of course, didn’t spare the poor house from escalating conjecture about its past. The house quickly acquired a very public stigma.

I couldn’t help feeling sorry for the sellers, family members of the late owner, who were just doing what so many of us will need to do at some point in our lives: sell our deceased family members’ homes.

As it turns out, this is becoming increasingly difficult in Japan, where they’ve started giving away houses for free. The move comes amidst a population decline that’s leaving many properties in rural areas and in the outskirts of metropolises vacant. In many cases, these houses belonged to elderly family members that passed away. In many East Asian cultures,  death in the home is believed to bring bad luck, making these homes difficult to sell.

What is stigmatized housing?

Stigmatized housing refers to housing that is avoided by buyers or tenants for reasons not related to its physical condition. People can consider housing stigmatized for a number of different reasons. A house may have a history or reputation involving criminal activity, debt, serious illness and death, murder or suicide, or supernatural phenomena, to name a few.

In Canada, sellers aren’t required by law to disclose any such stigmas to potential buyers unless they affect the physical condition of the property. The problem is that while certain stigmas, like a death in the home, are believed to have a tangible negative impact by some, they are considered irrelevant to others during a real estate transaction.

Gavin Chen, Broker of Record at Royal Lepage Terrequity Bespoke Realty, frequently represents Chinese buyers in Toronto. In his experience, it’s almost 100 per cent Chinese buyers that bring up the question of whether there’s been a death in the home. It’s often part of a broader belief in Feng Shui, that certain energies are present and can be channelled to help harmonize an individual with their environment. It’s the same reason Chinese buyers aren’t likely to purchase a home that faces a cemetery — it’s bad luck.

But is it more than that?

“You could argue that not disclosing a death in the home in a predominantly Chinese neighbourhood could affect the resale value if that information later comes to light,” says Chen. That could constitute a latent defect, which, if known to the seller but undisclosed, could be cause for litigation.

What to do as a buyer.

Chen advises buyers with concerns to include a clause in the contract that asks for a warranty that all such information if known to the seller, has been disclosed. He also cautions that it’s hard to prove whether or not information was known.

What to do as a seller.

Chen’s best advice to sellers and an approach that’s advocated by the Real Estate Council of Ontario (RECO) is to disclose as much information as possible.

Disclosing a stigmatized home doesn’t automatically make it unsellable. Chen once represented the buyers of a Toronto home where a murder had taken place which was disclosed by the seller. Ultimately, the buyers still chose to purchase the home.

The question of whether property stigmas are and should be disclosed or not still rests in a bit of a grey area in Canada.

Technically, there’s no law requiring their disclosure if it doesn’t impact the physical condition of the property. But, if you’d feel uncomfortable enough with a death in the home (or other concerns like criminal activity, etc.) to not put in an offer on a house you otherwise might have, make sure talk to your agent about it.

Any questions about the post - 'Toronto's Stigmatized Housing - Would You Buy  A Home Someone Died in?' I want to hear from you so leave your thoughts in the comment section below.
Looking to buy, sell or refinance? Know your options. I can help! Direct line: 416-219-6662.